Finally! After months and months of waiting, DECA has blessed us with the RotMG Exalt/Unity supporter beta! And people are not too happy with some aspects of the new relaunch of the game…

Many players have already pointed out the definitely new, but maybe not improved recolouring of the fame, hp and mp bars as well as the inventory. We have known about new recolouring and resprites of existing items and UI but I can imagine after nearly a decade of playing and getting used to these specific sprites for it to change up.

It will take time but as a community, WE WILL OVERCOME THESE CHANGES. 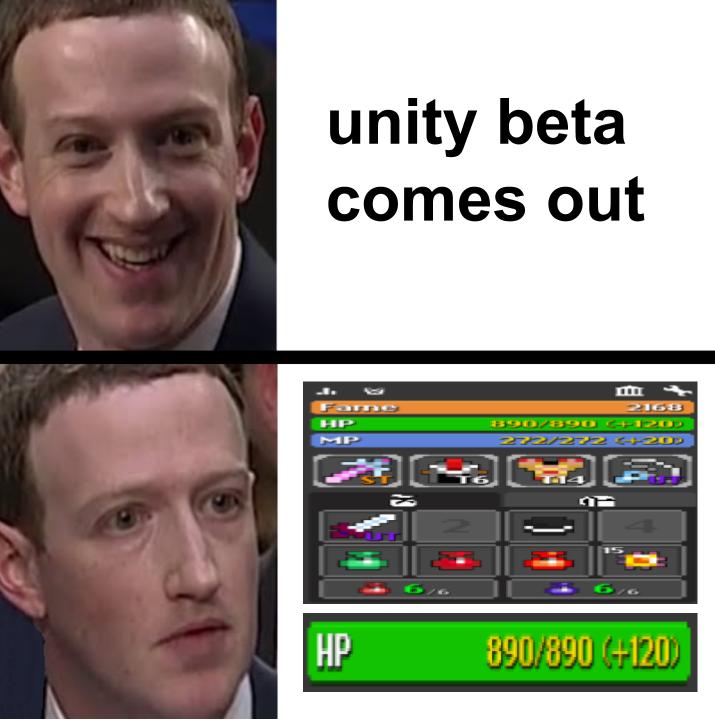 Other players are concerned about the requirements to run the new game, with comparison to huge AAA games such as Destiny 2 having similar requirements. The only reason this would be is for DECA to absolutely ensure that their beta testers can run the game and that they won’t be reporting user error bugs.

But. It is here, and that’s what matters. Currently, it is only open to people who spent a buttload of money a few months back but maybe we will have a free open beta instead of how DECA usually loves to run their game, fueled by money and loot boxes. Long live DECA.