Roterra, a relaxing puzzle game set in a world of cubes, will be hitting mobile platforms early next year.

Taking place on beautifully designed environments, Roterra invites players to guide charming characters around obstacles by rotating and sliding cubes – and even flipping the world on its head from time to time:

DIG-IT! Games – a leader in educational gaming – is the experienced studio behind Roterra. Following Silk Road (DIG-IT! Games’ first major commercial effort), Roterra was inspired by “Orlando Furioso” – the 16th-century epic poem by Ludovico Ariosto. The constantly shifting physical world of Roterra reflects the many conflicting points-of-view in the poem – including a protagonist, Angelica, who challenges medieval depictions of women as helpless accessories every step of the way.

Once Upon a Time …

Angelica, the rightful Queen of Roterra, has lost her kingdom to her older brother, Orlando – who has become addicted to the magical powers bestowed to those who wear the crown. She now finds herself deep in the forest, alone … doing everything within her reach to return home! With traitorous knights hot on her heels, Angelica must face challenging puzzles and other hazards to make a safe return and reclaim her kingdom – one puzzle at a time. 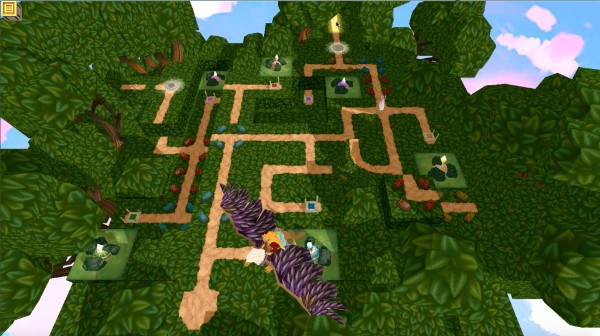 How to Play Roterra

The gameplay is simple: Players are tasked with guiding Angelica through dense forests, dark caves, and giant castles by rotating and sliding cubes around the map. Quick reflexes are not quite the way to go here: Thoughtful, careful consideration is the answer – often revealing new paths and avoiding obstacles altogether. The world itself can be flipped upside down; players may also swap between different characters to experience the story from multiple perspectives. If players succeed, they’ll eventually learn firsthand that sometimes the journey matters far more than the destination – and that stereotypes about wizards and magical creatures are not to be trusted …

Will you join Angelica’s side – and help her take fate into her own hands?

“After nearly a decade of building critical thinking puzzles, we’re excited to turn our extensive experience to entertainment-focused mobile games. With Roterra, our award-winning game development team had the freedom to explore new game mechanics; beyond the limitations of educational products. Our guiding design principle was a world with no ‘up’: When a character walks over the edge of a board; gravity shifts with them and parts of the environment pop up and down. The result is a perception-challenging world where things are rarely as they seem and the correct path is often not the most obvious one.” 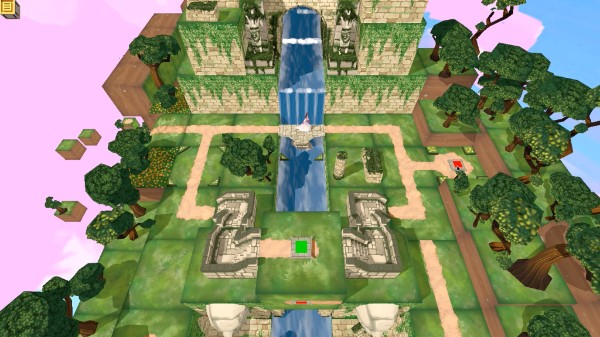 Roterra will be available for mobile devices during Q1 2019. Pricing is yet to be determined.