The Minecon live 2019 was an absolute hit for fans of Minecraft as we had a tonne of announcements made for the future of the series. Didn’t have time to watch the Livestream? Heres a quick recap of the stream!

We Finally got a Minecraft Earth Release Date!

After a few months after the announcement of the mobile ARG, we got a release date last night! Early access to Minecraft Earth will officially start rolling out in select countries starting this October! Through the lens of the game, you’ll be able to build creations with friends and place them in the real world at life-size. You will also be able to battle mobs and discover new, exciting mobs! 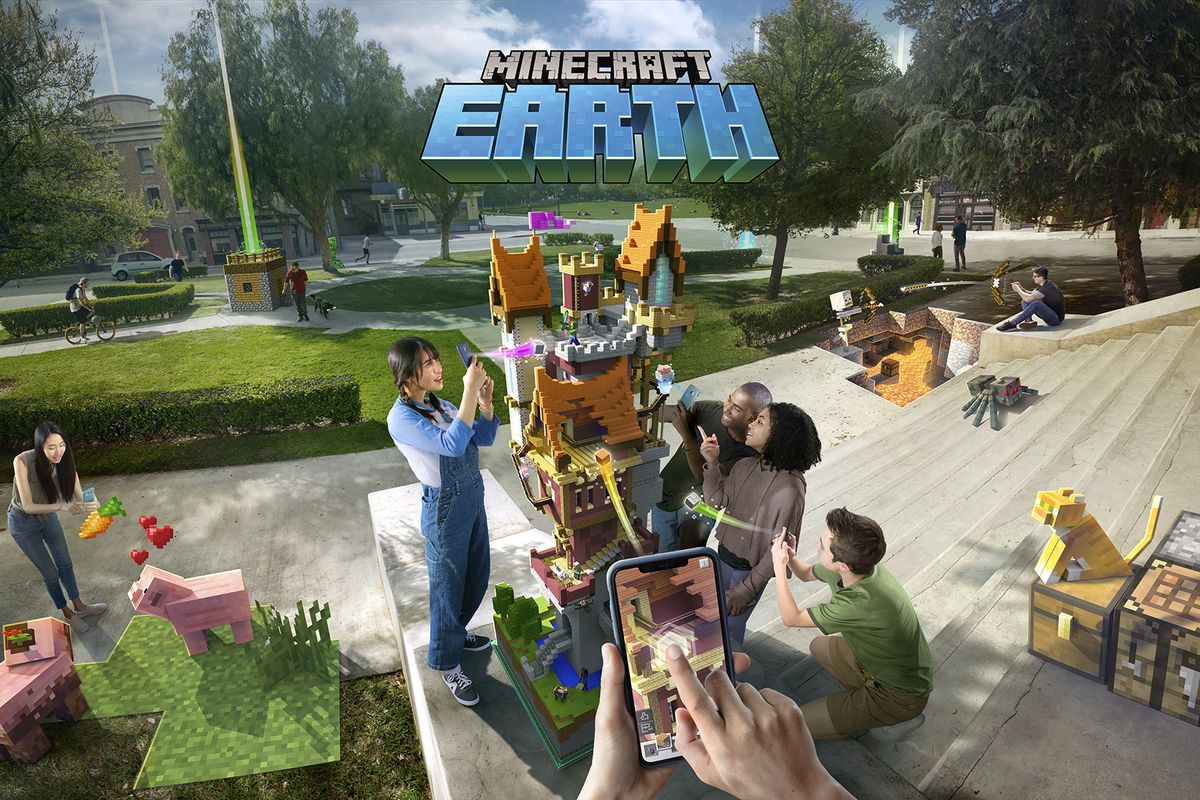 The announcement has revealed Dungeons as a new Minecraft themed standalone that has been inspired by dungeon crawlers such as Diablo and will be available on PC, Nintendo Switch, Playstation 4, Xbox One and Xbox Game Pass in winter 2020! Minecraft Dungeons is also the first stand-alone game developed by Mojang, so it will be exciting to see how it performs compared to Minecraft!

The public has spoken… Mountains will be the next biome updated!

The update will include more jagged mountains, goats, MORE SNOW, that we can apparently “lose ourselves in.” To be honest with you, I am actually quite glad the mountains won, it was such a boring biome that had SO much potential! Now we get awesome views, new mobs, and more snow!

The nether was incredibly bland, and after finding the Nether Fortress 1000 times, fighting all the blazes and creating the wither, there was no real need to go back there. With the Nether update, we will be able to explore bran new biomes such as Soulsand Valley, Netherwart Forest, kill the newest mobs, such as the hostile Piglin Beast in the Netherwart Forest and trade? (we don’t really know what this means yet but I am pumped!

The hostile Piglin Beast roams the Netherwart Forest and seems to be in dire need of anger management. It’s also in need of a new name! Got an idea? Submit your suggestions at https://t.co/Dr7mR7hyB2. pic.twitter.com/3zsHhdqr1f

Orlando, Flordia has been the first place announced for the newest Minecraft Festival! Taking place in the Orange County Convention Center from September 25-27, 2020!

Minecraft Festival will be a 3-day celebration of all things Minecraft, and they’re inviting everyone to join! You will be able to visit interactive exhibits, play inclusive gameplay, compete in fierce tournaments, watch intense live entertainment, buy exclusive merchandise, attend creativity-sparking panels and the opportunity to meet your favorite content creator or Mojang developer.

Sign up to be notified of more details and tickets!

Players will be able to use new scripting tools to completely replace what a player looks like in the game. Previously you could use skins to change textures on a player, but with this feature, creators will now be able to replace the animations, particle effects or add custom render effects to the players in-game!

And that’s the rundown!

Well, that was a mouthful! I hope you are as pumped as I am for Minecraft in 2020! Nether Update would probably have to be the one I am looking forward to the most, and then Minecraft Dungeons. Earth will be interesting to see how it performs compared to ARG’s such as Pokemon Go.