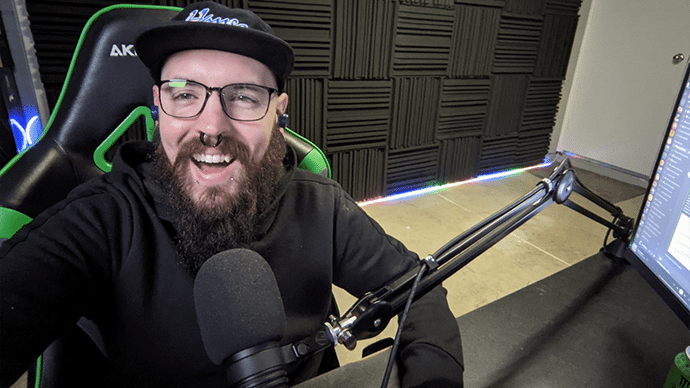 There are varying levels of Australian, some are full Crocodile Dundee and some are basically British.  Leaning towards the Dundee end of the spectrum is a superstar creator named Jack Huddo. Jack is the lovable larrikin of gaming and one of the earliest content creators in the Australian live streaming industry. Now nearing 10 years of live streaming and Video on Demand (VOD) content, he has seen many changes in the industry as a creator and a professional and has built  a strong brand and loyal community.

In the early days, his content was wildly different to now, “When I started, it was 30-40 minute Minecraft videos, I would record 15-minute blocks of exciting stuff, and then would spend an hour or two just mining or building or whatever to get to the next part of the video. Eventually, I realised that instead of sitting there doing nothing, I could stream how to get to those parts of the video.”

Nowadays Jack is better known for his 2 years (and counting) of streaming the popular Grand Theft Auto V (GTAV) Roleplay server NoPixel, where he goes live and steps into the shoes of his character ‘ShaneO the Mechanic’;

“I’ve been moving my content into Grand Theft Auto roleplay. There’s a lot of really big Reddit forums that focus around that, so you get a funny clip, and you’ll post it up. And even based on that, people will fall in love with the character or they’ll fall in love with your stream.”

But after a fulfilling career as the self-branded ‘Shittest Twitch Partner’, Huddo has moved over to Facebook Gaming for his exclusive live content.

NoPixel is the largest GTA V Roleplay server, hosted by third party multiplayer server FiveM. Players must strictly adhere to the rules, and stay in character at all times while engaging with others in the server, cops must follow the law, mechanics must fix cars, etc etc. The goal of the server is to create an organic space for players to create their own immersive narrative experiences and community using the foundations of the world Rockstar built in the base GTA V release.

Outside of Streaming, Jack works as Head of gotogame and Influencer Engagement Lead at goto.game, where he has been lucky enough to work with brands like Bethesda ANZ, Warner Music, EA, Alienware, Lenovo and 2K. His work involves the development of campaigns to promote their clients via gaming influencers, whether it be through product placement in streams or physical events or anything in between. His favourite campaign was a promotional event for the launch of Bethesda’s Rage 2;

“We ended up hiring out two floors of the Hunter and Fox tattoo studio in Sydney and we put on as many tattoos as the artist could get done that day. We had a sheet built with 15 custom tattoos that were Rage 2 inspired. People would come in, blindfolded, they’d spin around, they would put their hand on the sheet, whatever you put your hand on, that’s a tattoo you got. Right? Which is crazy, and feedback didn’t bother us. People hated the idea, people thought it was great, people thought it was dumb. But at the end of the day, we did something that no one else had done before or since.”

Through his industry work and experience representing some of gaming’s biggest brands, as well as his time spent fixing the cars of the high octane cops and robbers of Los Santos, Jack’s personal brand of lovable mayhem has entertained and continues to entertain thousands of people around the world with his antics.

JackHuddo is live almost every day at 8 pm AEST to get up to some mischief with ShaneO, now exclusively streaming on Facebook Gaming. If you want to get started with Facebook Gaming, apply using our creator form today! 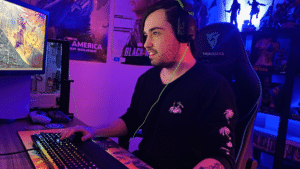 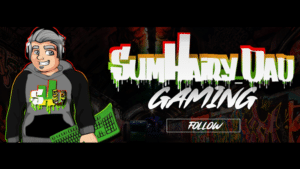