The Call of Duty League will officially be transitioning to PC and controller gameplay from the start of the 2021 season, Activision has confirmed, after a decade of professional Call of Duty being a console-only esport.

The professional Call of Duty scene will no longer be a console only esport from 2021 onward, all official league  matches will be played on PC with controllers being required instead of mouse and keyboard.

“Today, the league is announcing it will move pro competition to PC + controller, beginning with the 2021 season,” CDL administrators wrote. “This means that all pro matches will be played on PC and all pro players must use a league-approved controller of their choice.” the full article can be found here

Activision has also confirmed that further details on official Call of Duty League rules regarding PC peripherals will be released “at a future date.”

The shift to PC isn’t the only change the CDL announced either. Activision also confirmed the Challengers scene would move to crossplay in 2021, allowing players in the second division to play on either computer or console.

So do you think this move is wise? Are you a player who is excited to be able to compete through cross play? Let us know! 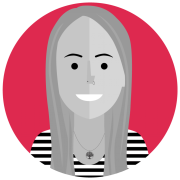